Evidence of greater impact of diabetes complications on the mental health of Asian immigrants:a hidden co-morbidity (#50)

Comorbid depression is associated with adverse health outcomes in people with diabetes. Immigrant Chinese (CI) may experience higher levels of diabetes-related distress given different cultural attitudes, however little is known of depression in this population. We administered the Patient Health Questionnaire-9(PHQ9), a validated clinical tool to detect significant depression to 100 CI and 88 European (E) participants with type 2 diabetes, consecutively attending the RPAH Diabetes Centre. Participants were considered depressed if they had the required number of depressive symptoms; PHQ9 score≥10 for major, ≥5 for minor depressive symptoms. Association of PHQ9 scores with metabolic factors and complications burden were studied in each group. The distribution of depression scores were equivalent, with moderate-severe depression scores in 19% and 18% of CI and E respectively. Only 2% of CI acknowledged a history of depression. Interpreter use was associated with a higher depression score in CI. There was a commensurate rise in severity of depression with increasing prevalence of complications in CI, a relationship not seen in E (figure1). By multivariate analysis, CI PHQ-9 scores were independently associated with hypoglycaemia, diabetes-complications, time spent alone, and ability to speak English, collectively explaining 36.4 % of the variance in CI PHQ-9 scores (p<0.001). In contrast, PHQ9 score was not associated with metabolic or diabetes complication factors in E cohort. Significant depression was highly prevalent in both groups and under recognized. Depression in CI was more robustly associated with diabetes-related factors than in E. This relationship may be bidirectional suggesting that CI have a higher susceptibility to the negative mental health impact of diabetes complications and/or altered disease perception and/or increased negative metabolic effects of co-incident depression. These data suggest strongly that depression is a hidden comorbidity especially for CI with diabetic-complications; an observation highlighting a need for case-finding in this group. 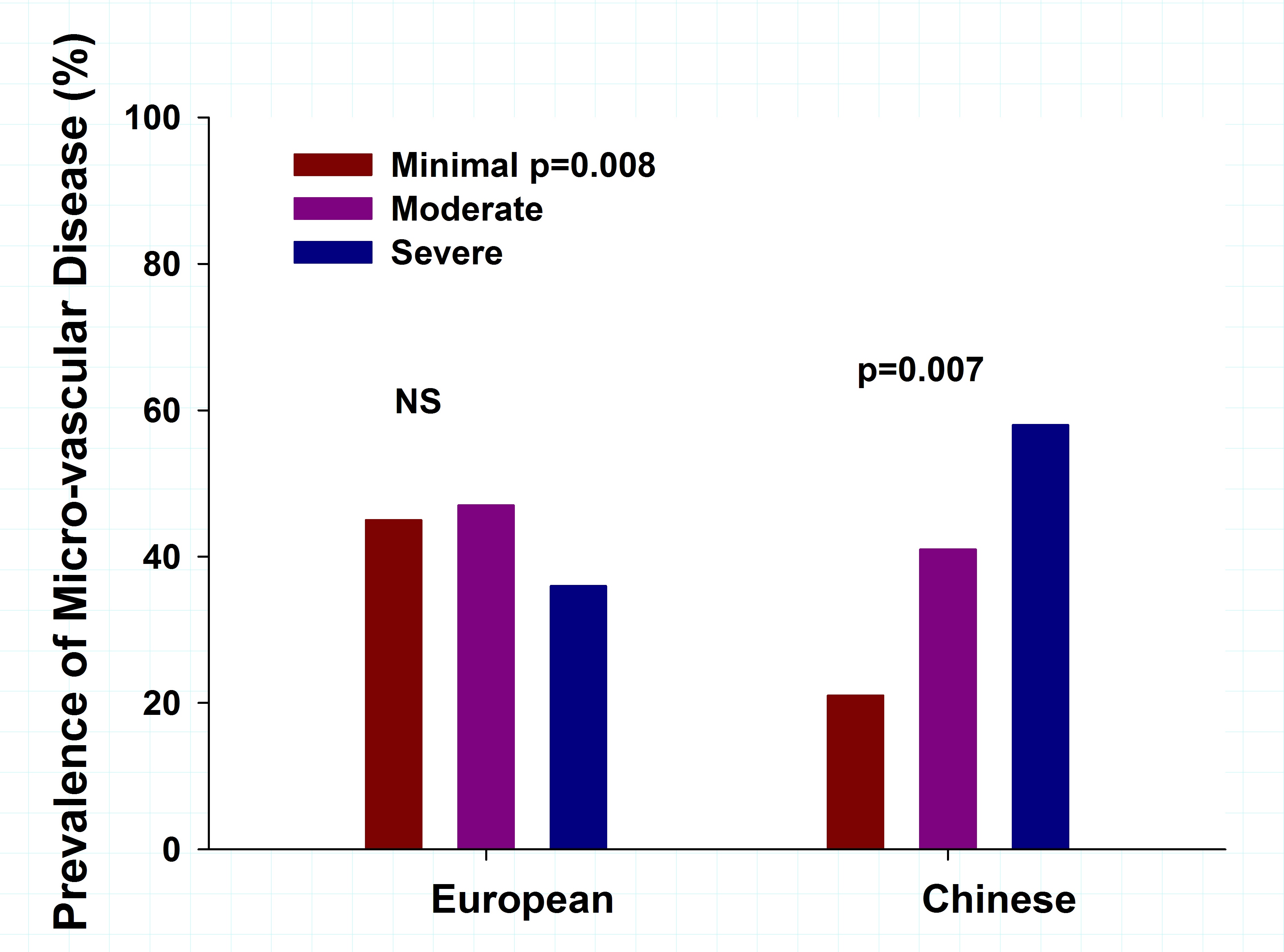