Glycogen, a highly branched polymer of glucose, functioning as a blood-glucose buffer. It comprises relatively small beta particles, which may be joined as larger aggregate alpha particles. The molecular size distributions from size-exclusion chromatography of liver glycogen from non-diabetic and diabetic mice show that diabetic mice have impaired alpha particle formation in liver glycogen, with diabetic mice unable to form as many large glycogen particles as non-diabetic controls. Glycogen structure is analysed during degradation by acid hydrolysis and by glycogen phosphorylase, from the size distributions, obtained using size-exclusion chromatography, of pig-liver glycogen and phytoglycogen as functions of time and size. These experiments show that alpha particles degrade via a different mechanism to that of the smaller beta particles, indicating a different type of chemical bonding (most likely proteinaceous). This shows that diabetic mice, which have been shown to lack the larger alpha particles, may be vulnerable to having a fast, uncontrolled release of glucose. 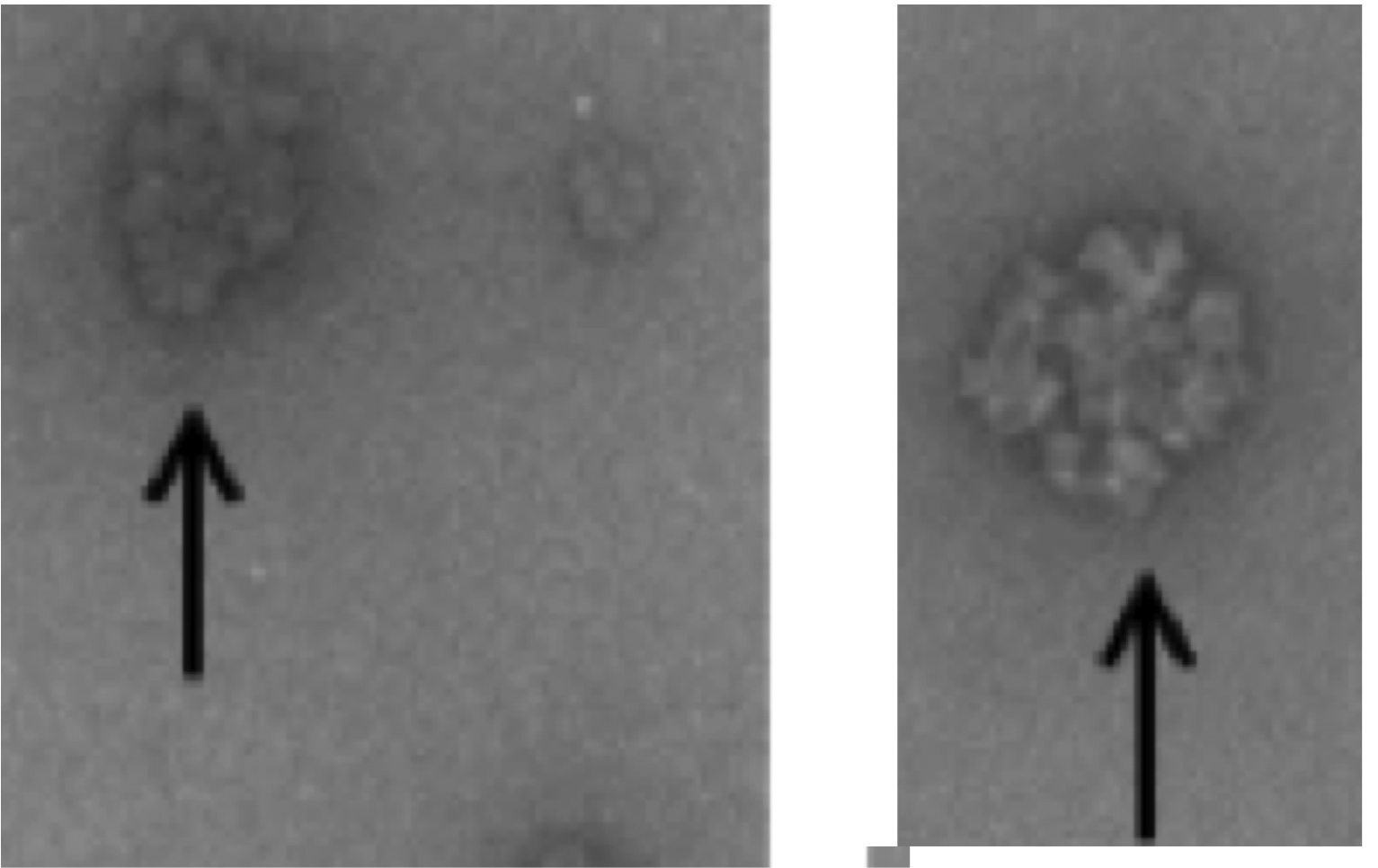 Size-distribution analysis of liver glycogen in healthy mice sacrificed at different times in the day-night feeding cycle shows that the maximum in amount of alpha particles occurs significantly after the maximum in total glycogen, when glycogen has started to degrade into glucose. Hence evolution has produced the following optimal strategy for blood-sugar control with glycogen. Initial glycogen synthesis is of beta particles, which are synthesized more quickly than alpha because of higher specific surface area; then a hormone signal converts these to alpha particle when there is a later demand for blood sugar; these new alpha particles release glucose more slowly because of their lower specific surface area.

Because alpha particles have been shown here to have a separate mechanism of formation to smaller beta particles, the activation of these processes in diabetic sufferers is now a potential drug target. 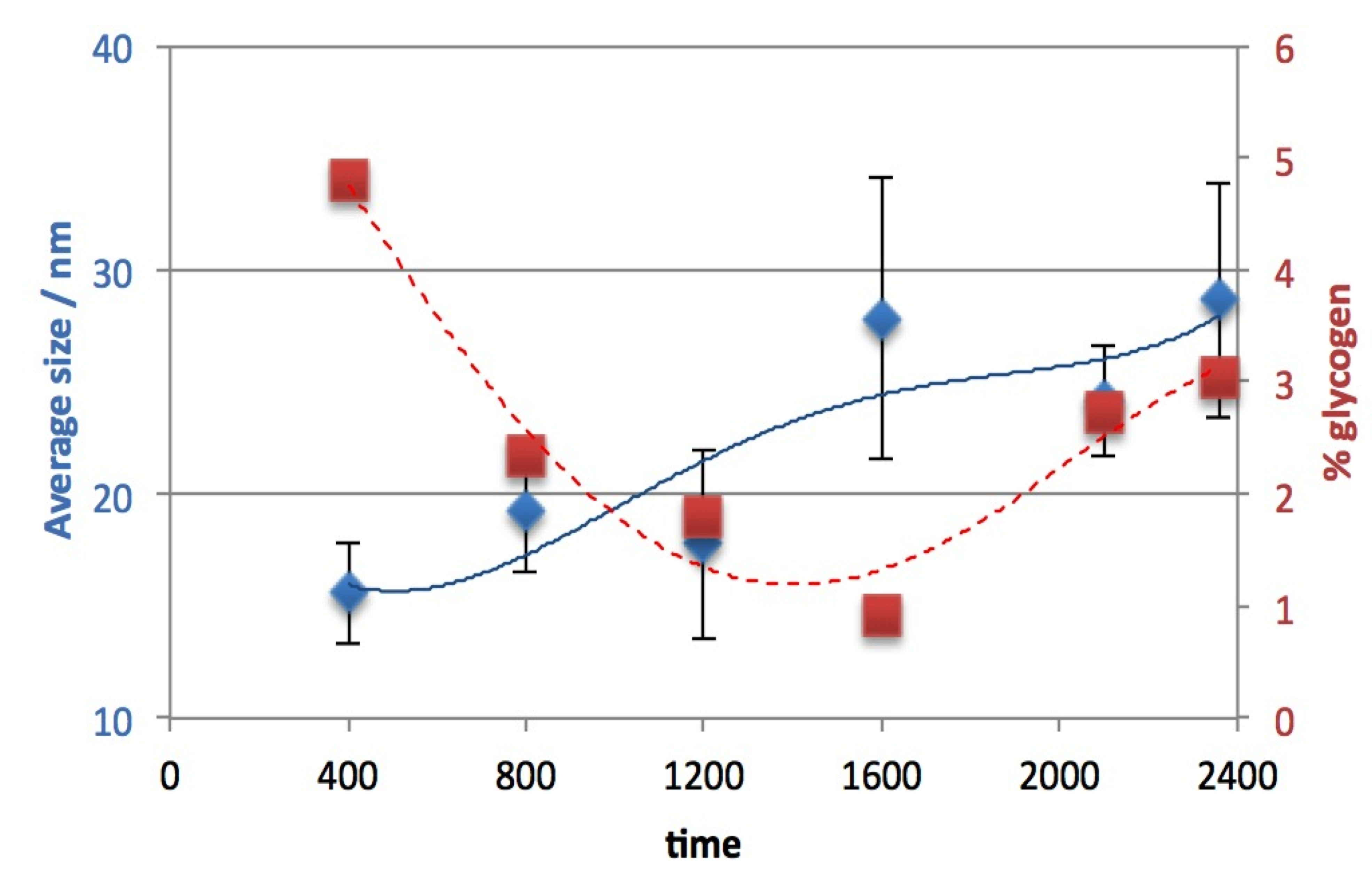