Basal Plus compared with Biphasic insulin in type 2 diabetes: A post-hoc, subset analysis of the Australian data from the LANSCAPE trial. (#327)

The LANSCAPE trial demonstrated that, in type 2 diabetes, after 24 weeks a Basal Plus regimen (insulin glargine [Lantus] once daily plus insulin glulisine [Apidra] at main meal) was non-inferior to a twice-daily Biphasic regimen (insulin aspart/aspart protamine 30/70 [NovoMix30]) with superior patient-reported outcomes.1 We undertook a sub-analysis of the Australian dataset.

At 24 weeks, HbA1c fell by 0.89% in the Basal Plus and 0.90% in the Biphasic arms; the least squares (LS) mean difference was -0.00004% (SE 0.17, upper 97.5% CL 0.35, p=1.00), adjusted for baseline HbA1c and baseline*treatment interaction. The difference in treatments was smaller in the Australian dataset than for the study overall (LS means difference 0.18, upper 97.5% CL 0.34).1 Exploratory analysis of the interaction between regimen and country did not find any significant between-country effects on change in HbA1c at week 24. 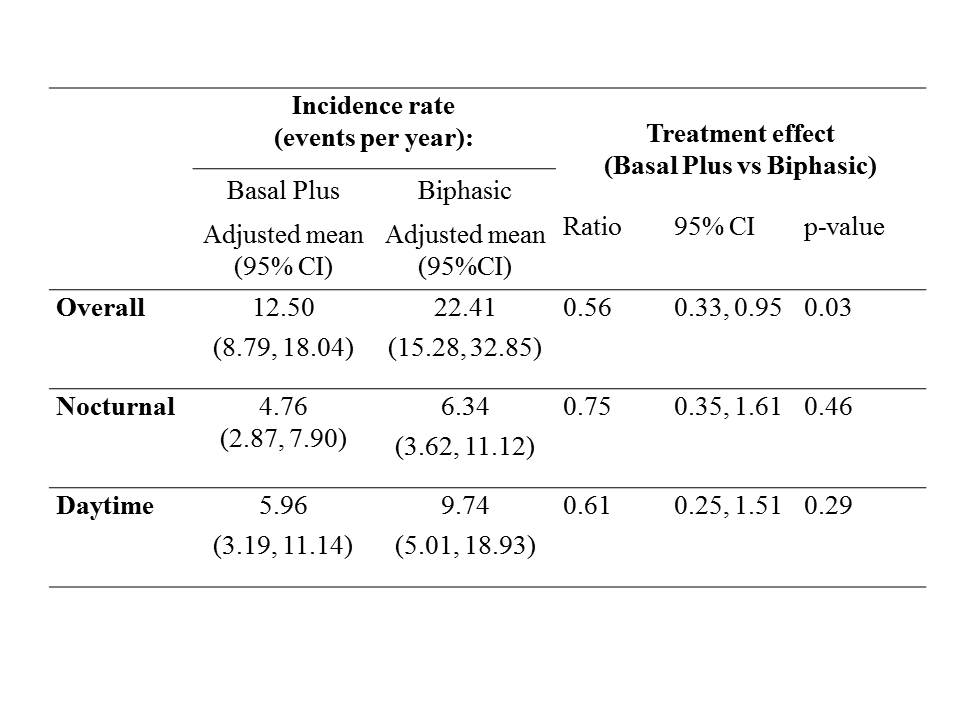