Background: The GLP-1 analogues, exenatide and liraglutide have recently become available in Australia for use in type 2 diabetes (T2DM), with purported benefits of improved glycaemic control and weight loss. However, there is a paucity of data on the efficacy, tolerability and safety of these incretin based therapies in Australian clinical practice.

Aim: To document the efficacy, tolerability and safety of GLP-1 analogues in real world practice. 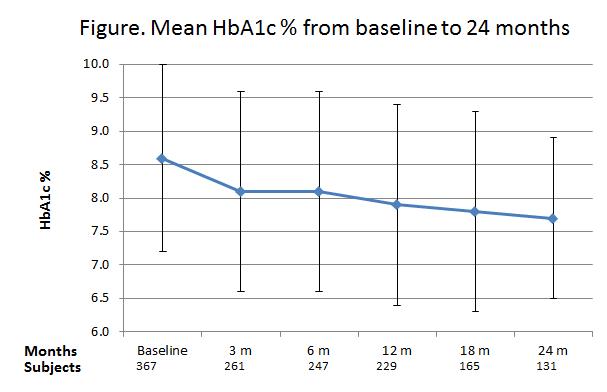 Summary: Our data indicate moderate efficacy of GLP-1 analogues with modest but progressive improvement in HbA1c consistent with clinical trials, but almost half the patients have stopped treatment by 8 months mostly due to lack of efficacy and adverse reactions. Acute pancreatitis is rare.

Conclusion: GLP-1 analogues have not been widely adopted by endocrinologists, which may relate to limitations of efficacy and tolerability.