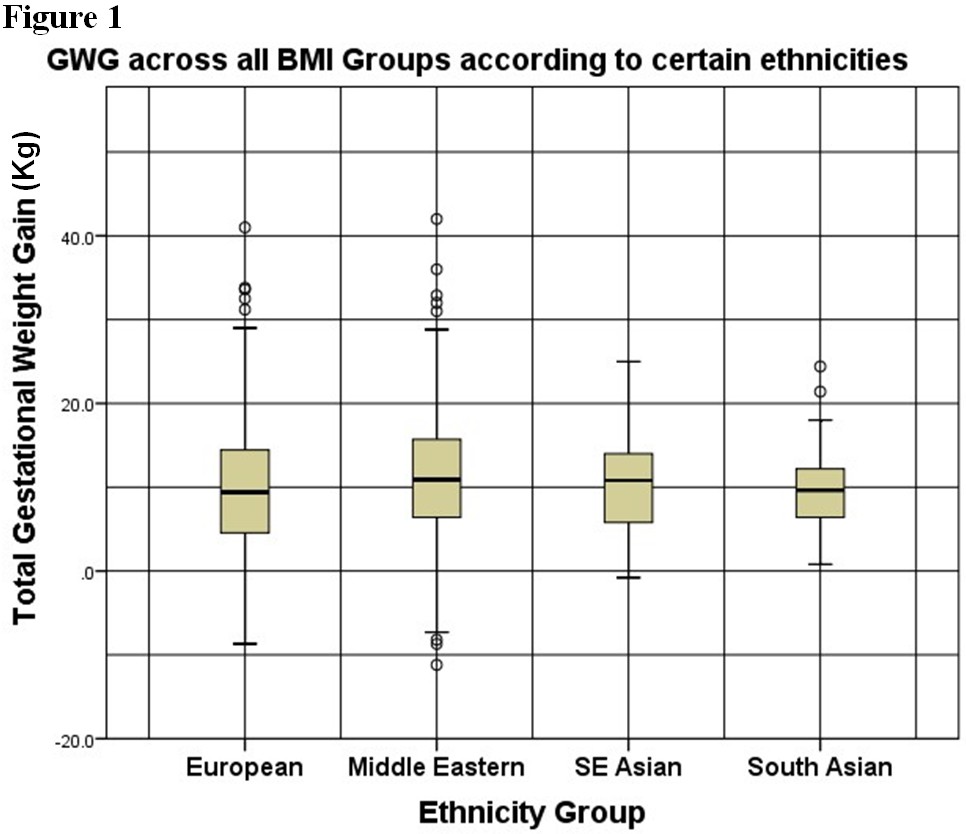 Conclusions: Weight gain appears to be similar between ethnic groups. However pregnancy outcomes differ significantly by ethnicity. Therefore the differences in pregnancy outcomes between ethnic groups do not appear to be due to differences in gestational weight gain. Further research is needed to determine whether maternal weight gain recommendations for women with GDM should differ by ethnicity.
Acknowledgements:
We wish to thank all of the Diabetes Educators who have collected data and maintained the database and Professor Jason Gardosi for permission to use his bulk centile calculator.