Aims
It is controversial whether the phenomenon of hyperfiltration is a maladaptive response in the development of diabetic nephropathy. We aimed to determine whether baseline measured glomerular filtration rate (mGFR) is independently associated with the rate of decline in renal function while taking into account known risk factors for progression of diabetic nephropathy in patients with T1DM.

Methods
Patients (n=142) attending Austin Health with Type 1 diabetes, who had at least two isotopic GFR (iGFR) measurements over a minimum of 4 years follow up were included in the current study. Plasma disappearance of diethylene-triamine-penta-acetic acid (DTPA) was used to calculate mGFR, using the Brochner-Mortensen (BM) correction equation. The association between baseline mGFR and the rate of decline in renal function was investigated using random-effect repeated measures linear regression, adjusted for possible cofounding variables, with the patients as a grouping variable.

Conclusion
This study demonstrated that baseline renal function is significantly associated with the progression of diabetic renal disease in patients with Type 1 diabetes. Those in the 4thquartile with mGFRs greater than 125 ml/min/1.73m² had the highest decline in GFR over time, implicating a possible role of hyperfiltration in the development of diabetic nephropathy in patients with T1DM. 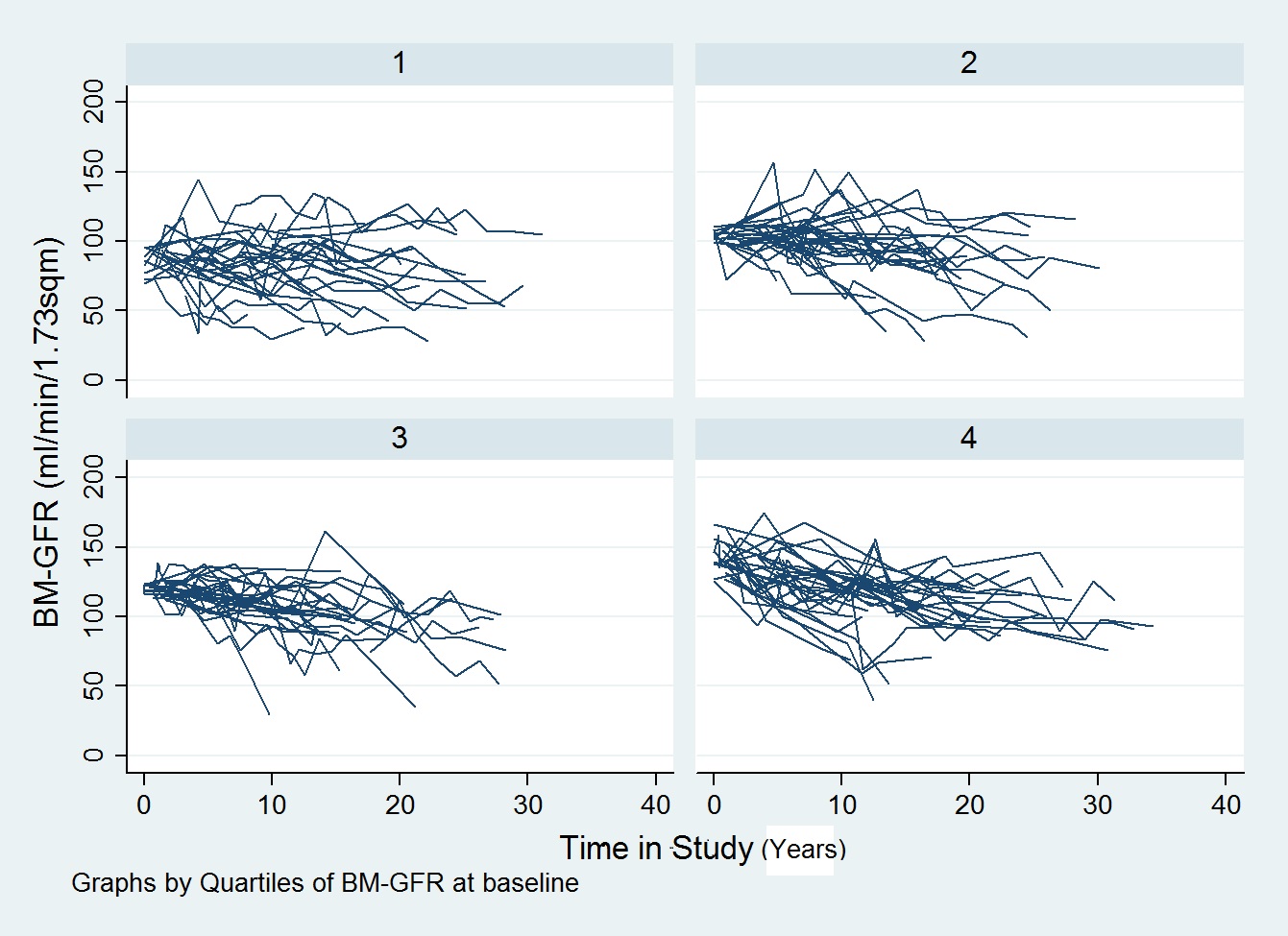