Normal albumin excretion involves rapid degradation during renal passage to small (<15kDa) fragments which cannot be detected by most conventional clinical laboratory assays1. A reduction in the ratio of fragmented to intact urinary albumin has been associated with increases in albuminuria in diabetic patients,2 and a crossectional assessment of urinary peptides has shown that there is a marked decrease in urinary peptide levels in association with an increase in proteinuria.3 However the relationship between urinary protein fragments and albumin excretion in Type 2 Diabetic patients has not been examined.

Type 2 diabetic patients with repeated AER measurements at 3-12 month intervals were classified into normo- (<20mcg/min), micro- (20-200mcg/min) or macroalbuminuric (>200mcg/min) groups based on 2 of 3 baseline measurements. 24 hr urine samples from peak- and low-AER timepoints in each subject were passed through a 10kDa cut-off protein filter, and the <10kDa (peptide fragments) and >10kDa (intact protein) fractions were assayed separately using the Pierce BCA protein assay to detect peptide bonds based on the Lowry method.

These findings demonstrate that in Type 2 Diabetic patients, variations in albumin excretion correlate inversely with the excretion of peptide fragments. This is consistent with the concept that albumin excretion rate is modulated not only by glomerular sieving but also by renal tubular resorption and fragmentation. 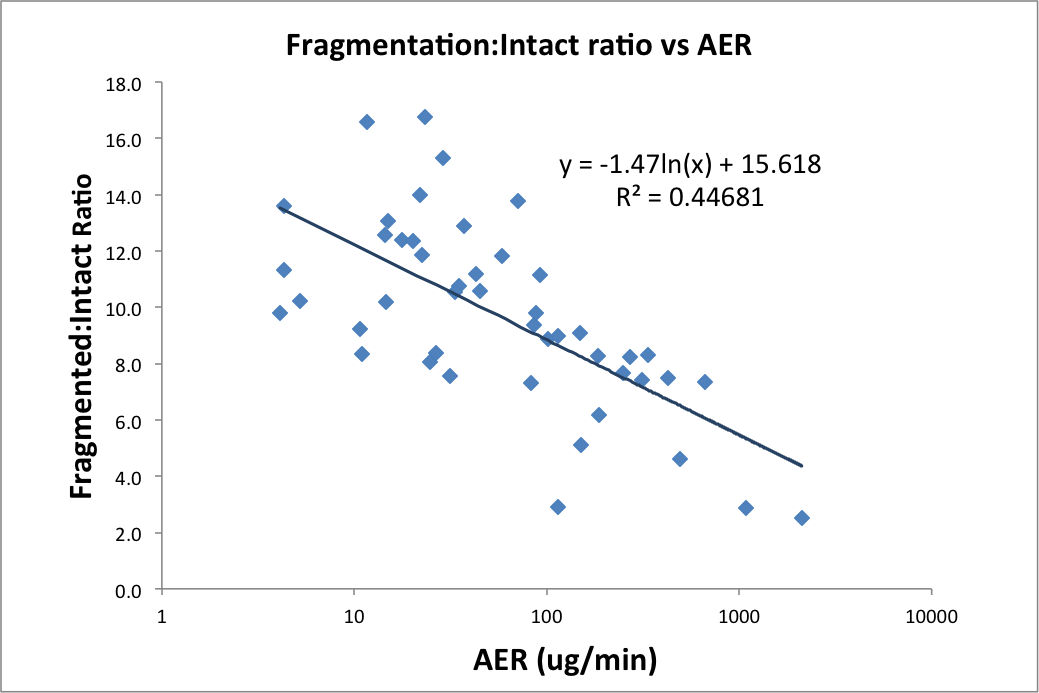